The AMA is disappointed the federal election campaign is half-way through and ‘nowhere on health’, while calls for politicians to address health policy are getting louder in the community.

State Premiers, Health Ministers and State Treasurers have written to Prime Minister Scott Morrison and the Federal Health Minister previously to ask for a 50-50 split on hospital funding, and to remove the annual cap on activity, in order to deal with the backlog of care in the community following COVID-19 lockdowns.

“State and Territory Ministers, and even Premiers, have stated their clear, unequivocal support for a 50-50 agreement that removes the cap on funding growth - this is not something an incoming government is going to be able to ignore. So instead, political parties should be outlining how they will fix our hospital system, should they win government,” AMA President Dr Omar Khorshid said.

At a time when ambulances are ramped outside hospitals across the country and tens of thousands of Australians are in debilitating pain waiting for essential surgery, the AMA says neither major party has put forward a convincing health platform in the election campaign so far to deal with the crises in our health system.

“There’s a definite sense of Rome burning while the leadership is missing in action on health in this election campaign.

“The parties have ignored the hospital crisis and continue to play a blame game, pointing the finger at the states for the appalling state of our public hospitals, rather than seriously addressing this national crisis.

“We’ve hit the halfway mark of the election campaign and yet we are halfway to nowhere on health. The scorecard for the major parties is not a passing grade.

“We are yet to hear of any comprehensive health plan from either party that will deliver better health for Australians after May 21. The silence is deafening from both parties.

“This should really concern all Australians and we are left to conclude that Scott Morrison, Anthony Albanese and every other politician who doesn’t act is accepting ambulance ramping, long elective surgery waits and overcrowded hospitals. Every Australian should be aware that the person dying in that ambulance or unable to access a bed in a hospital could be you or your nearest and dearest,” Dr Khorshid said.

The AMA’s Clear the Hospital Logjam campaign held an emergency town hall meeting in Tasmania this week discussing problems in local public hospitals. It heard from doctors and patients whose testimony was listened to by local political candidates. Similar meetings are scheduled in QLD and WA in the weeks ahead.

“This week’s town hall meeting heard from Independent, Green, and minor party candidates, who pledged their support for a 50-50 share of public hospital funding. Local representatives from the Coalition and Labor were invited to attend and hear the evidence for themselves, but both were a no show despite Tasmania having key marginal seats. We suspect this is because they have no solutions to offer and yet we know Australians want to hear how politicians of all persuasions will fix the ramping, get them into surgery and ensure their local hospitals are properly resourced.

“The AMA’s Clear the Hospital Logjam campaign has resulted in hundreds of Australians sharing their stories and emailing their MPs from the campaign website, urging them to act.

“We can all see the size and scale of the problem; we now need to hear how those who want to lead our country will fix it,” Dr Khorshid said.

To aid both parties the AMA recently released a detailed analysis of Australia’s hospital system, Public hospitals: Cycle of crisis and the 2022 Public Hospital Report Card.

At the start of the election campaign the AMA issued its election platform, and has also launched its plan to Modernise Medicare, which outlines the need for specific and targeted reform and investment in Australia’s general practices. This puts the two major parties on notice that their election promises on health will be scored against the AMA blueprint at the end of the campaign.

For more information on Clear the Hospital Logjam, visit www.hospitallogjam.com.au 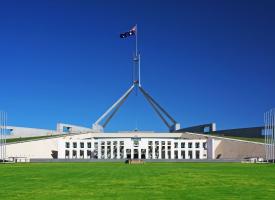 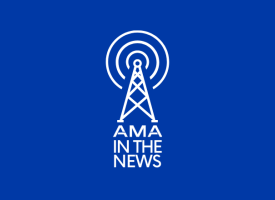