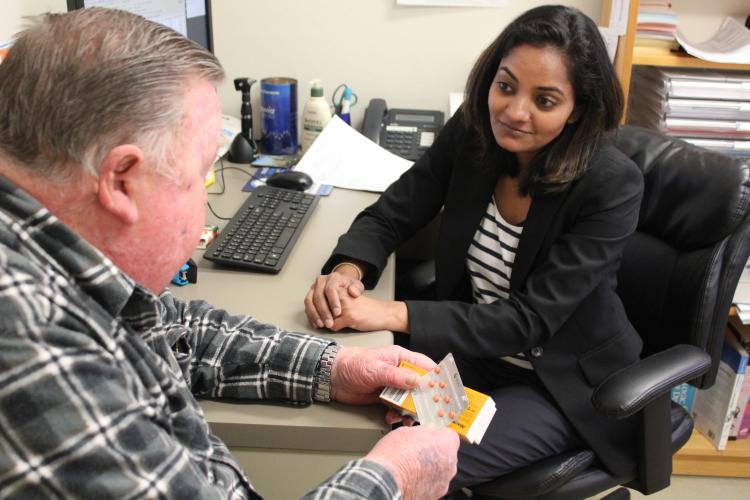 The AMA welcomes the ALP’s announcement today that, if they are elected, would see nearly one billion dollars invested in the nation’s GPs.

“The announcement today of immediate infrastructure funding for our GPs, and a new fund allowing for primary care reform including voluntary patient enrolment (VPE) implementation is warmly welcomed and puts general practice on a pathway to a more sustainable future,” AMA President, Dr Omar Khorshid said.

“VPE builds on the established concept of the usual GP and brings with it the promise of better and more accessible care for patients, coordinated by their nominated GP.”

Throughout the election, the AMA has been running a campaign, Modernise Medicare, outlining the direct benefit to patients of investing in general practice to introduce a medical home, and under it, a range of specific and targeted programs.

“The primary care fund announced today by the ALP, if implemented, is a strong down payment that will help realise the recently completed 10 Year Primary Health Care Plan – a plan which has remained completely unfunded by the Government.

“The ALP’s primary care fund pledge will allow investment in programs that will improve access to services for patients including GP after hours services and the Workforce Incentive Program. We welcome the ALP commitment to work with the AMA on the implementation of primary care reform.

“The AMA’s Modernise Medicare campaign outlines a program of three themes of ‘more care’, ‘more time’ and ‘more health’. Investing in a medical home model could also enable more types of care to be delivered more of the time, under the roof of a patient’s usual GP practice,” Dr Omar Khorshid said.

“For many patients who currently see multiple healthcare professionals, across multiple appointments, and in multiple locations, this policy could save them a lot of coordination, time, and money.

“The way health care is delivered in primary care is changing and funding arrangements need to be modernised to reflect this. Today’s announcement by the ALP should allow general practice to start to do that, should they be elected on 21 May,” Dr Khorshid said.

The AMA has a longstanding history of supporting general practice infrastructure grants, including in our 2022 election statement. These are critical to improving access to care for patients, providing the opportunity for GPs to invest in infrastructure and space that supports more teaching and training in general practice and access to a broader range of services for patients, such as nursing and allied health services.

“Grant funding has been shown to deliver results with the Australian National Audit Office confirming that infrastructure grants are effective and a good value-for-money investment,” Dr Khorshid said.

“These grants will be welcomed by the nation’s GPs, who have done the heavy lifting over the last two years during COVID, including through their pivot role in vaccinating the nation.”

“But sadly, we are yet to hear anything from the Coalition on what they will do to support general practice. After working enormously hard for over two years to tackle COVID-19, and after years of a Medicare freeze and substandard indexation, the nation’s GPs deserve to hear more than silence from the Coalition.

“We know a well-funded and resourced general practice sector is pivotal to improving the health outcomes of individuals and communities, and can create significant savings through better care, greater efficiency, and reducing the burden on other more expensive parts of the health system.”