OLIVER PETERSON: I find one of the bugbears around town is finding a good GP. Have you had trouble, like me? It can be very hard trying to determine which doctor you should go and see. Now, a number of GPs don't take any new patients because they're full, but from next year a comparison website for doctors will be launched by private health funds. To tell us more, Michael Gannon is the Australian Medical Association's President, and he joins us on Drive. Michael, g'day to you.

MICHAEL GANNON: Hi Ollie, how are you?

OLIVER PETERSON:  Very well. So, okay, how do you think this will work, Michael? Is it a good idea to try and rank your doctors?

MICHAEL GANNON:   Look, I think that the expectation from the private insurers is that they'll be looking at other specialists, rather than GPs. But what they're keen to do is to, I suppose, meet head on some of the complaints about private health insurance with this new website. We would ask the private health insurers to look closer to their own products, rather than to look at doctors when it comes to gaps, et cetera. They are more likely to reflect the behaviour of the funds themselves, rather than the doctors that are there looking after their patients.

OLIVER PETERSON:  When you talk about the funds, one example I've read is that the average gap for orthopaedic surgery, for example, has risen from $876 in 2007 to $1724 in 2016. So it's more than doubled. So how can a doctor or a health fund really be able to justify these exorbitant charges?

MICHAEL GANNON:  Well I suppose this is one of the common complaints about private health insurance, and I am entirely sympathetic to the complaints of people who … they pay their tax, they pay their private health insurance premium, and then they seek care and then there's gaps from maybe surgeons, maybe anaesthetists, maybe for pathology, maybe for physio.

I get these complaints and I have great sympathy for them, and I can tell you that most doctors in private practice think long and hard about these.

Those statistics on the average gap are interesting, because I can tell you what the – and I'm not being clever with the numbers here – but the median gap is zero, because we know that 85 per cent of procedures in private hospitals are done at no gap level.

Another seven per cent, roughly about seven per cent, are done at known gap level – in other words, upfront the fund says look, this is okay for you to levy a gap of up to $500 for the procedure.

So we know that 93 to 94 per cent of cases are done at no gap or known gap level. Now, as for the additional six per cent, I think they're a problem – and don't get me started on my colleagues charging $15,000, $16,000, $20,000 for operations. I'll be perfectly frank with you, I think they diminish us doing the right thing, charging what we would regard as reasonable gaps.

But I think it's the insurers that need to look within at the carve-outs, the exclusions, the caveats in their health insurance policies. The for-profit industry, and to a lesser extent the not-for-profit health funds are creating a system that is making their policy-holders unhappy. Unfortunately they're deflecting blame onto the doctors.

OLIVER PETERSON:   Yeah, so this is, you believe, a clever tactic from the health funds to try and distance themselves from the premiums that again they're putting up next year, which are higher than inflation?

MICHAEL GANNON:  Well that's right. I mean, I had a look at the stats again today. When you look at an episode of private hospital care, overall the doctor's fee is 15 per cent of that cost, and if you go back to 2007, through 2010, through the last set of data in 2014-15 it's been 15 per cent the whole way. So it's not as if doctors' fees are out of control. Doctors think long and hard before they charge gaps.

I will never stand up and try and defend significant gaps; we realise that they're a barrier to people getting the best possible care. You'll never get an argument from me or any doctor that proper informed financial consent should be provided wherever possible, but I think this is the funds deflecting the blame.

OLIVER PETERSON:  Is it the bigger the gap the better the doctor? Like, if the doctor's charging more are they generally a better doctor, or is that unfair to make that assessment?

MICHAEL GANNON:  I've certainly heard that view before, Ollie, and there are some people who will judge quality that way. Look, that's certainly not exclusively the case, and it's probably rarely the case. Again, our concern about these websites too is that you're not comparing apples with apples.

So you know, Ollie, I'm a specialist, and from time to time I will refer patients to a subspecialist, and it might actually be appropriate for that subspecialist – for certain operations, not for all of them – to be charging more. Because the reality is that behind the gaps are the Government's failure to index appropriately over the years, and a lot of insurers have adopted the Government's freeze. Sadly, that's the source of a lot of these gaps.

OLIVER PETERSON:  Well the private health insurers say within this website that they're going to ask patients to provide feedback on these doctors that they've been to and used. Is that helpful, Michael Gannon, do you believe, to have a little bit of feedback and transparency? I suppose it sounds a little bit like it'll be TripAdvisor but for doctors.

I would say to that that I would trust your GP to give you the accurate information on the best specialist for you, not the fund's self-determined list of which doctors agree to charge the fee that they're willing to pay. And I think there's a whole lot more to quality healthcare than whether or not someone feels aggrieved that the receptionist was rude or the magazines weren't that good.

OLIVER PETERSON: Yeah, look, and that's exactly right, and I think usually word of mouth is usually a much better and clearer picture. Someone usually refers you to a specific doctor if they've had a good experience with him or her; that seems to be a better idea at the moment. But there's also HealthEngine, I believe. That's a website that's quite popular with patients sometimes who are seeking out doctors.

MICHAEL GANNON:  Yeah, well, HealthEngine is a fabulous platform for people to work out where there are places where they can see a GP.

Sadly, I have concerns about it being used where a patient's already determined which specialist they want to see, and then which GP can direct you that way. I think we've got to give GPs more credit for knowing the specialists in their area, and good GPs know which specialists have a certain expertise. Subspecialisation is a reality now.

MICHAEL GANNON: Look, there is, and they are running businesses. And even the mutuals – like in our hometown of Perth, like HBF who run a very good, lean operation with all profits being invested back into their membership – they're finding times tough. And I understand why the insurers are pushing back, but I would encourage them to look at their own products and look for reforms, not just go doctor bashing.

OLIVER PETERSON:  All right, Michael Gannon. Appreciate your time on Drive this afternoon. 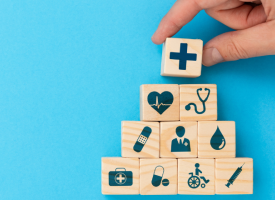 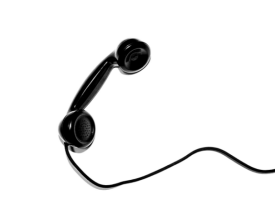