SAMANTHA MAIDEN:   Now, we're going to go to a controversy that's erupted in recent days in relation to some very popular long-lasting contraceptives in Australia, including Mirena and Implanon. Now, the Australian Medical Association's Michael Gannon is concerned about recent reports on the ABC, the national broadcaster, suggesting that a large number of women are suffering significant side-effects. While there's no doubt some women do have adverse reactions and adverse outcomes from using these popular contraceptions, around one million Australian women have the Mirena contraceptive, which is a long-lasting contraceptive: it can last for up to five years, the AMA is concerned that these reports are unnecessarily scaring women and could lead to unwanted pregnancy. I spoke to Dr Gannon earlier this afternoon.

So there's been concerns raised about these last-lasting contraceptives, including Implanon, is that how you say it? And the Mirena. Are the concerns or other adverse reactions, if you like, widespread?

MICHAEL GANNON:   We saw a disappointing story on ABC television last night that didn't paint the full picture. Long-acting reversible contraception is more convenient for women and it's safer. The report referred to the more than 9,000 Implanon devices inserted in the arm that release a steady amount of hormone over three years, and they referred to problems with the Mirena brand of intra-uterine device put in nearly one million Australian women. They're not perfect and they do have side-effects, but the beauty of them is that they are reversible and the hormonal effects are out of the body within 48 to 72 hours of removal, and in the vast majority of circumstances, that removal is simple and takes either seconds or minutes.

SAMANTHA MAIDEN:   Okay, so when you say they're not perfect, for some women, what sort of reactions do they have to either the Mirena or the other treatments that actually means the doctor would say, yeah, maybe we should take that out, that's not working?

MICHAEL GANNON:   Well, both devices contain a class of hormone called a progesterone and many women are familiar with the unfortunate side-effects of this naturally occurring hormone: it can make you feel grumpy, it can make you feel bloated, it's responsible for some of the adverse effects women suffer when they're pregnant.

SAMANTHA MAIDEN:   Some people might be hard pressed working out if it was that or something else, it might be their husband not doing the dishes. But you wouldn't necessarily get it removed if you were feeling grumpy. I mean, the women in this report were actually complaining of far more serious complaints. They were talking about uncontrolled and constant bleeding, they were talking about pain, one of the women in the report was talking about adhesions that she had. Is there any reason to believe that those adhesions would be related to the contraception that she was taking?

MICHAEL GANNON:   Well, there's no doubt that a significant proportion of women will suffer side-effects and, depending why an insert is being placed, you might need to consider an alternative.

SAMANTHA MAIDEN:   But can the Mirena, for example, cause adhesions or can - I'd be surprised if the Implanon that's sort of in your arm, would that be able to cause adhesions in your abdominal cavity or not?

MICHAEL GANNON:   Well that would be a very rare side-effect, overall…

SAMANTHA MAIDEN:   Is it a side-effect?

MICHAEL GANNON:   Well, there is a potential with intra-uterine devices, being a foreign body, that if you concurrently get a sexually transmissible infection that that could cause scarring, et cetera.

SAMANTHA MAIDEN:   Right, I was confused though with that report because the woman that was talking about adhesions, I'm pretty sure that she had had the Implanon and not the Mirena.

MICHAEL GANNON:   Yeah, look, when you put in a million devices you're going to have a number of problems, and I'm not surprised at all that they were able to find a small number of women where there was a great deal of difficulty finding the implant. So GPs, other specialists are trained to put these things in, but in a million inserts I can promise you that there would be hundreds of women where removal was a bit more difficult, but that's not the experience of the majority of people.

SAMANTHA MAIDEN:   Okay, the Mirena is kind of like a modern IUD. Now, obviously back in the day there was a lot of controversy about those in Australia, but the technology has moved on, if you like. Why do you think- why do you recommend long-lasting contraceptives to women in Australia? What's the upsides of them?

MICHAEL GANNON:   Well, the Mirena device has revolutionised gynaecological practice. It is the most effective form of female contraception available, with a lower failure rate of being sterilised. Yet, for a lot of women they have it put in for non-contraceptive purposes. It might help them with endometriosis, it might prevent iron deficiency anaemia from heavy periods, so it's a great choice for women who not only need contraception but might be having heavy periods.

SAMANTHA MAIDEN:   But it's traditionally more offered to women who have had kids rather than before, isn't it?

MICHAEL GANNON:   Well, I suppose one of the arguments that GPs, gynaecologists, other specialists working in women's health would like to get out to the community is that these long-acting reversible contraceptives are probably a more appropriate choice for a majority of younger women who haven't had their children yet. Stories like the one we saw on ABC television yesterday don't help communicate that message that in many cases they are a safer option than the combined oral contraceptive pill. They are overall - appropriately used - extremely safe, and they've been an absolute bonanza for women in Australia over the past 20 years.

SAMANTHA MAIDEN:   The allegation though in this report was that doctors are getting kickbacks to recommend these. What do you say to that?

MICHAEL GANNON:    Look, it's true that industry supports events, and I saw reference made to sponsorship of the Royal Australian New Zealand College of Obstetricians and Gynaecologists conference. Now I don't know if I have to disclose that I was at that conference. I didn't visit the stall, I don't need to know anything new about the Mirena. But the reality is that industry does support educational conferences, I don't have a problem with that. What's really important is that the arrangements like that are transparent, and if individual doctors are receiving payments from industry, they should be on a public register, and that should be disclosed to individual patients.

SAMANTHA MAIDEN:   Okay, but you worry about the alternative, which is unplanned pregnancy or abortion obviously?

MICHAEL GANNON:    Well, the truth is if we want to talk about the Mirena is that this is part of the story about why we've seen a three, nearly four-fold reduction in the rate of hysterectomy - a much bigger operation with a higher risk of complications - over the last generation or so. We see loads of women who avoid the day-to-day drudgery of being tired from iron-deficiency anaemia due to heavy periods. And yes, it is, it's a more effective form of contraception than others available. So, this was a disappointing story. The satisfaction rates typical of this device are closer to 90 per cent and if women are suffering unreasonable side-effects …

SAMANTHA MAIDEN:   They can get it removed.

MICHAEL GANNON:   They can get it removed.

SAMANTHA MAIDEN:   Just finally on that issue of the cost of abortion, that's something that we've discussed on this program before, because it's quite an interesting debate around RU486 when it was introduced in Australia, the abortion pill. We were told that people were going to have $10 abortions, but in fact, because it's largely controlled by private providers, Marie Stopes and so on, the cost is closer to $700, close enough to a surgical abortion. Do you think there is anything governments need to do so that women - particularly younger women or low-income women - are not facing those sort of very extraordinary costs really for accessing abortion, which is not legal in all States but is as good as legal in most places in Australia.

MICHAEL GANNON:   Well, that's the first responsibility of Government is to give both patients and doctors greater certainty under the law in those States where we haven't seen modernisation of the relevant legislation. But in terms of access to care, it is a legal and appropriate form of health care. It is expensive for a lot of women and there are barriers to accessing care, not just in the regions, but sometimes in the middle of our large cities. Medical treatment using Mifepristone RU486 is an appropriate choice for a lot of women. Part of the expense comes from the importance of following those patients up. It's most important for example a diagnosis of …

SAMANTHA MAIDEN:   Yeah, so it's most important that you don't want to have an incomplete abortion essentially, but why should those women have to bear the costs of that?

SAMANTHA MAIDEN:   Alright. Thank you a lot for your time this afternoon, we appreciate that. 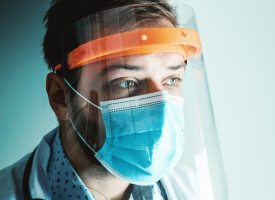 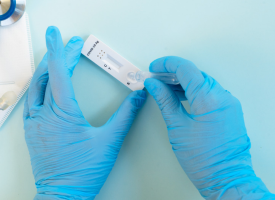 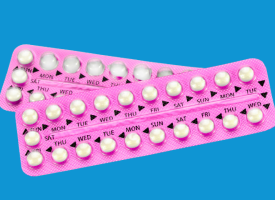