OLIVER PETERSON:      Now, Bupa's been in the news because it changed some of its health insurance policies. It's got doctors quite angry. To tell us more, the National President of the Australian Medical Association is Dr Michael Gannon, and he joins me on the program. Dr Gannon, good afternoon.

MICHAEL GANNON:      Good afternoon, Ollie, how are you?

OLIVER PETERSON:      I'm good. First of all, what's Bupa changed? What have they done?

MICHAEL GANNON:      Well, what Bupa's done is added to their sad list of exclusions and carve-outs by changing the rules according to whether or not they've got a contract with the hospital you might choose to go to.

But Bupa's now added this additional layer of difficulty to patients, expecting patients, expecting GPs to have the literacy to know whether or not a hospital their doctor might choose to look after them in is in contract or out of contract with Bupa. And, if they're not in contract, Bupa's going to retreat all the way back to the scheduled fee, potentially leaving people hundreds of dollars, if not thousands of dollars, out of pocket.

Doctors try very hard on the no-gap schemes - 88, 89 per cent of operations are done under no-gap. But what this means is even if your doctor's willing to no-gap you, Bupa might say: No, that hospital's out of contract, we're hardly paying a cent.

OLIVER PETERSON:      And we're talking here, Dr Michael Gannon, about almost three quarters of a million Australians who will be affected by these changes that Bupa's trying to introduce. So, ultimately, Bupa's trying to dictate which hospital you go to, and deciding whether or not if you have a preference to go to one particular hospital – “Sorry, Ollie, all of a sudden you must go to this hospital instead because this is where you're covered”.

MICHAEL GANNON:      Well this is, again, where they're being totally irresponsible. We know we've got a problem with private health insurance. We know that the annual growth in premiums outstretches wages growth, CPI, et cetera.

In fairness to Minister Greg Hunt, he's trying pretty hard to overcome this. He's sought cooperation from doctors' bodies on out-of-pocket expenses. We don't think we're the problem, but we are working cooperatively with the industry. But the insurers do this, and undo and wreck all sorts of work like that.

If you take the example of a West Australian who might live in Geraldton, if St John's Geraldton falls out of contract with Bupa, what are they saying? That, all of a sudden, you're meant to drive to Perth to get your care? This is totally unfair, it's totally inappropriate. We know the other insurers are watching what happens with Bupa, but we're not going to put up with it.

OLIVER PETERSON:      Yeah, and that's what I was wondering, Dr Gannon, because if Bupa is able to get away with it will the other insurers try it on?

MICHAEL GANNON:      Well, I think they will. Now, Bupa is an interesting beast, a multinational company with interests in 190 different countries. Their Australian operations, we believe, are one of their more profitable operations. But they've got interests all around the world and perhaps don't have the same interests that those of us who are stakeholders purely in Australia do.

OLIVER PETERSON:      Yeah, and ultimately this is just reducing patient choice, and that is flying in the face of what private health care's meant to be all about, Dr Gannon.

MICHAEL GANNON:      Well, that is the fundamental value proposition of private health. We have a fabulous public hospital system in Australia. It was only last week that we launched our Public Hospital Report Card. It shows that, according to a number of key metrics, we're not going anywhere near as well as we would like to. Public hospitals provide the vast majority of emergency care in our country and big ICU beds. But private hospitals do over 70 per cent of the elective surgery, they deliver 30 per cent of the babies, they are brilliant at providing palliative care services, mental health services. And we are saying to this big international company: we are not going to stand by and let you threaten the viability of the Australian health system.

OLIVER PETERSON:      All right, Dr Gannon, I will catch up with you soon. Appreciate that, thank you very much. 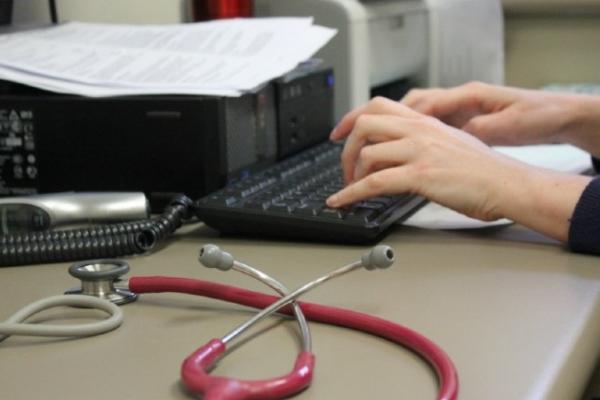 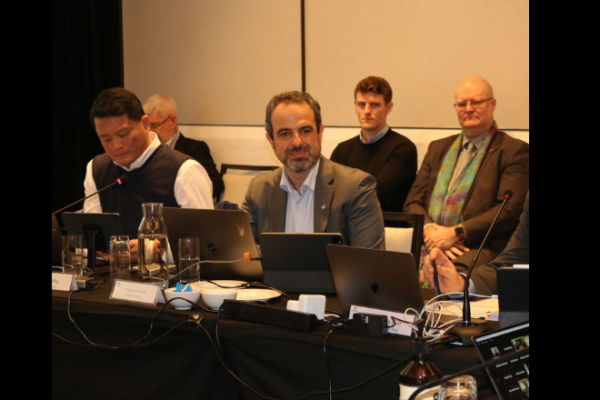