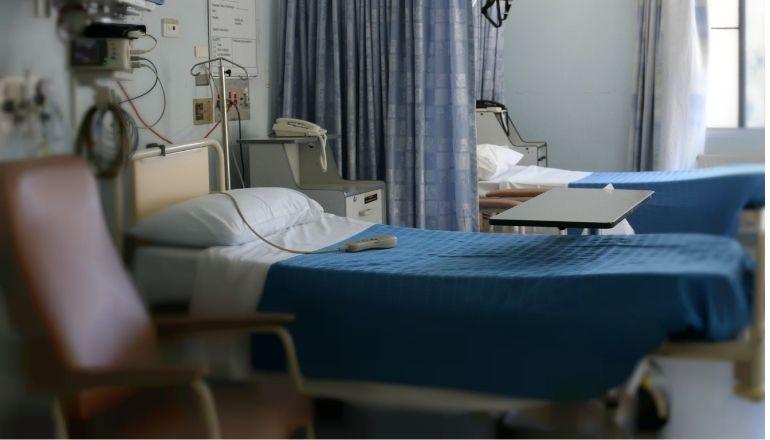 JOE O'BRIEN: The Australian Medical Association says the plan to withstand rising case numbers in the health system is more important than the vaccination target. Because there's so much talk about, getting to 70, 80 per cent vaccination coverage. Now, the AMA says more funding is needed to help bolster the health system as managing more widespread infections will be an added strain on hospitals and GPs. Dr Chris Moy is the Vice President of the AMA and he joins us now from Adelaide. Chris, gidday. Good to speak to you once again. So a big discussion now about opening up in some fashion once against- Australia gets to 70 per cent of the population vaccinated. How do you feel about that? If there are hundreds of cases a day still, what pressures will there be on the health system?

CHRIS MOY:   Look, I think it's been an interesting discussion, this theoretical discussion about hitting a certain vaccination rate where we can actually get a control and a manageable level of hospitalisation if we open up. But I think we haven't focussed on the other half of the equation, which is the ability of the health system to be able to withstand this. Because the COVID cases, which are primarily going to be people that are unvaccinated, are going to be an extra layer on the health system which really is already under enormous strain. I mean, across the country, even in areas without COVID, we're getting ramping and getting hospitals that are full. And we're expecting that the health system is suddenly going to be able to cope with this extra layer of very sick, infectious patients and be able to manage them.

Now, the AMA really is focusing on that, it's all very well to talk about this 70, 80 per cent. We've got to start shoring up the actual part of the system which is going to have to bear the burden of this, which is going to be the health system. And really, thought at a federal and state government level needs to be focused on that now before it happens because we're really not going to cope.

The health system doesn't just look after COVID, it has to look after everything else as well and we need to really start thinking about how we're going to increase the resourcing of our hospitals, but also focusing on, for example, general practice, to be able to cope with patients who are going to have to be managed at home as well - and get that thinking going right now.

JOE O'BRIEN: Yeah, this Doherty Institute tweet last night explaining their position on it, mentioned that once you get to 70 or 80 per cent and you start gradually opening up, they were expecting, with partial public health measures, there would be 386,000 cases, symptomatic cases, with 1457 deaths over the next six months. When you start hearing numbers like that in the hundreds of thousands of cases, what's your expectation on the ability of the health system, as it stands now, to cope with those sort of figures?

CHRIS MOY:   It's extreme – they’re extremely scary numbers, because at the moment, the health system is already under strain - even in jurisdictions who don't have much COVID, such as South Australia and Western Australia there is ramping and it's barely coping. We also have to keep in mind that next year we could be talking about a perfect storm of, first up, having to deal and cope and look after this large number of COVID-positive patients who are going to be infectious, and they're going to potentially furlough a lot of staff at the same time.

But I think the other worry is we are also in a perfect storm because there will be a lot of the consequences of delayed care next year because people have actually put off care. A lot of, for example, the holding up of elective surgery; people not following up their care and testing, and getting their tests that they would normally have, has all been put back. So we are potentially talking about a perfect storm. And all very well to consider this theoretical number about where we'll open up and the health system will be able to cope, it isn't a bottomless well of ability. It is a blind spot not to be able to focus on the health system as a crucial thing to prepare for what we want to do later.

JOE O'BRIEN: So state and territory governments take care of the health systems in each of their jurisdictions. You've mentioned that they need to be planning for this and directing extra resources. Just take us through practical examples of that.

CHRIS MOY:   Well, definitely the Federal Government needs to start funding the public hospitals to a greater degree. The AMA have been very strong about this, and there will be very strong advocacy in that area. Certainly there's also the need to look after the private hospitals as well, because they're going to have to take a fair bit of the burden in this area; we've got to have all hands on deck.

I think that in general practice, we need to start thinking about that aspect, because general practitioners will, with the large number of patients that you've described there, not all of them are going to be managed in hospital if they can be managed at home - which is probably a better place (for them) because of the fact that these individuals are infectious.

So we have to develop models of care and then support those models of care to be able to manage some patients at home if that's possible and safe. So that sort of thinking includes monitoring, monitoring them properly; being able to get general practitioners to go out and see them if required but in proper PPE, for example; and to be able to care for them if required. But look, all that thinking needs to happen now, and all very well to focus on these theoretical numbers, but it's not going to be theory next year, it's going to be a reality.

JOE O'BRIEN: And do you have confidence in the process as it stands now? Because are you being consulted through this period to ensure that the system is properly prepared for when this happens?

CHRIS MOY:   Look, there's already discussions between the AMA and a lot of the state governments and I think we will be starting to have those discussions about shoring up the public hospitals in particular. The discussions with the federal side of things have really only barely begun. And we need to be able to have that planning at a federal level as well, because general practice, primarily, is actually funded through the Federal Government, so all of those things need to be on the table.

So focusing on the Doherty numbers, great, but you’ve got to look at what's really going to be the reality, which is the health system is going to have to bear this burden. Remember, next year we're  still going to be vaccinating; potentially with booster shots as well. So it's a real perfect storm while having to cope with what we look after now, plus COVID, plus delayed care, plus having to vaccinate next year, it's going to be a big year in health and not a smaller year.

JOE O'BRIEN: And a sad indication, Chris, of the challenges that the health system will face is the fact that in this New South Wales outbreak now, Liverpool Hospital, there's been an outbreak there, transmission among patients there, 11 people dead now as a result of that cluster; there's been transmission at other hospitals, too. What do you make of the extent of that at the moment? And what that indicates about the potential challenges when you get more patients in the coming months?

CHRIS MOY:   We know that individuals who have COVID that have to be managed in hospital are extremely difficult to manage. First up, they stay in hospital a long time, also they're infectious for a long time and they can infect staff who can then pass it onto other people, but they can infect other patients as well, so they can be the source of the problem as well.

I'll give you an example in South Australia. We have one major COVID hospital which is the Royal Adelaide Hospital, which I think has excellent facilities in its intensive care and other areas, for example, to manage the air flow; the aerosol spread of COVID. But the secondary hospitals are far, far less able to manage in terms of intensive care; being able to manage these highly infectious patients.

So look, we're a fairly long way from being able to be ready for a very large influx of infectious patients who have to be cared for, for a long period of time, and that planning needs to happen now. And again I'll say, the health system doesn't just look after COVID - we deal with heart attacks, cancer, a whole number of other things. And we have to be able to manage all of those, we have to be able to walk and chew gum at the same time. But that's going to require a lot of support as time goes on.

JOE O'BRIEN: Okay, Dr Chris Moy from the AMA, thanks so much for having a chat to us.

CHRIS MOY:   It's a real pleasure.

AMA Transcript - Dr Chris Moy on vaccine rates and the ability of the health system to cope. .pdf (165.32 KB)