Sugar tax will cut disease and save lives 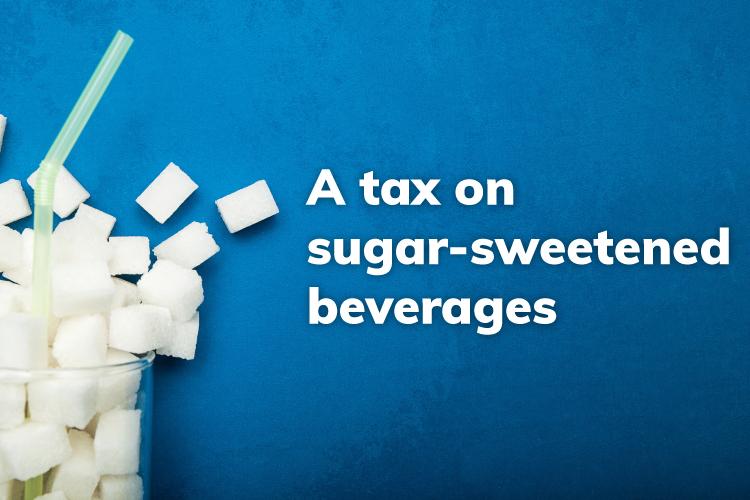 The AMA has today called for a tax on sugary drinks as a key plank of its plan to tackle chronic disease and make Australia the healthiest country in the world.

In his first address to the National Press Club in Canberra today, AMA President Dr Omar Khorshid said that Australia lags behind comparable nations in health outcomes and disease prevention, and it was ‘time for action’ to reduce consumption of sugar-filled drinks.

“Diabetes, obesity and poor vascular health are huge contributors to the burden on our health system.

“Sugary drinks – and, in particular, those which have little or no nutritional value – fuel this problem,” he said.

The tax proposed in the AMA’s report released today, A tax on sugar-sweetened beverages: Modelled impacts on sugar consumption and government revenue would raise the retail price of the average supermarket sugary drink by 20 per cent.  This would be an important first step towards tackling obesity and raise revenue to take further steps.

“It could save lives, and save millions of dollars in healthcare costs,” Dr Khorshid said.

“It would also generate revenue – we estimate about $814 million annually – which we believe could be spent on other preventative activities.”

Dr Khorshid explained the modest tax would only apply to sugary soft drinks – those which have no, or very little nutritional value.

“These are drinks you don’t need in your diet,” Dr Khorshid said.

“We are not advocating taxation at the level we have on cigarettes. But it sends a clear message that if the Government puts a tax on these drinks, these products are not good for you.”

Dr Khorshid said the heavily marketed drinks were a “lucrative money spinner for industry, with children and teenagers often on the receiving end as major consumers.”

“There’s no doubt there will be industry arguing against this move. But it’s time we considered the facts,” Dr Khorshid said.

Aware of the need for change, parts of the beverage industry were already reformulating their products, introducing low sugar and no sugar options. "It’s actually a growth market for them to move away from sugar, but it needs to happen much quicker and across a broader range of products - and this policy intervention will speed it up,” Dr Khorshid said.

Dr Khorshid explained that sugar cane farmers were also not likely to be impacted, as only 20 per cent of their total production is consumed in Australia. Only 5.3 per cent goes towards domestic sugar sweetened soft drink manufacture. The estimated change resulting from drop in consumption due to the tax is only a fraction (0.64 per cent) of total industry production.

“Our analysis suggests that the change in volumes from our proposed tax is actually within the current levels of natural volatility in the sugar market,” Dr Khorshid said.

Dr Khorshid said that the proposed tax was a brilliant health initiative – a critical first step to tackle obesity that would save on health expenditure, not increase it.

“The tax on sugary drinks sends a clear price signal to consumers that a product is unhealthy and makes it less affordable. It can also nudge manufacturers to reformulate their products to contain less sugar. The added bonus is that it will generate revenue to rekindle our nation’s preventative health agenda,” Dr Khorshid said.

The AMA’s report notes Australia lags behind more than 45 jurisdictions across the world who have already implemented taxes on sugar-sweetened beverages (SSBs). Success of the tax has been confirmed in comparable countries like the United Kingdom, where robust evaluations have shown a drop in sugar consumption following the tax.

The AMA’s call for a tax on sugary drinks is part of its new blueprint for a robust, sustainable health system – beyond the pandemic – with high quality, patient-centred care at its heart. The Vision for Australia’s Health, also launched today, calls for reform around five policy pillars – general practice, public hospitals, private health, equity and innovation. 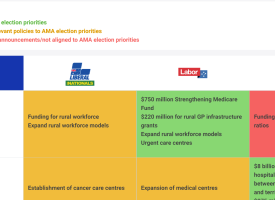 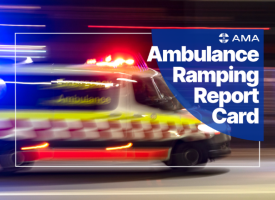 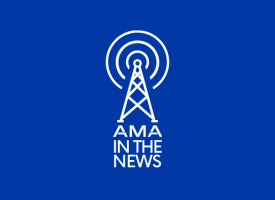