Scrap the cap to end the logjam 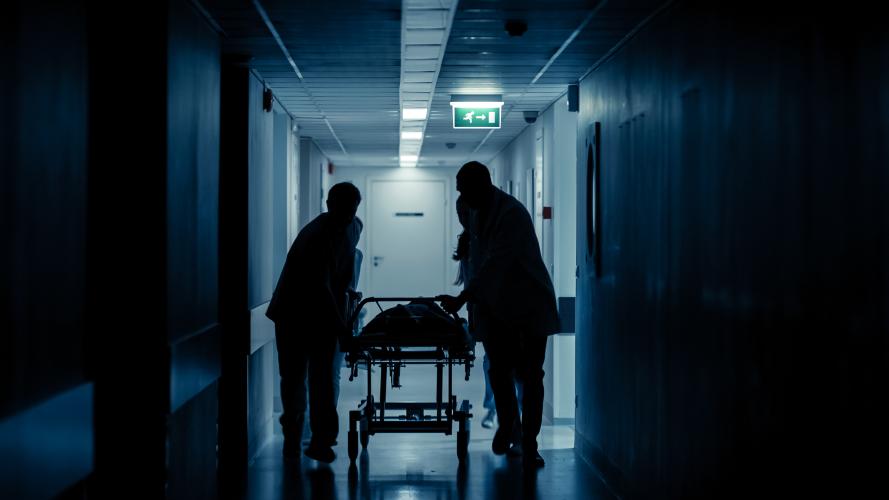 The AMA has today warned rising inflation will put further pressure on the cost of running public hospitals and clarified the squeeze-effect of the 6.5 per cent funding cap, which will deliver even less for patients.

As health costs rise across the nation, the Commonwealth funding available to deliver extra hospital services each year actually declines - a problem caused by the current 6.5 per cent hospital funding ‘cap’ and the National Health Reform Agreement.

“The statement by the Prime Minister last week that additional federal funding would result in the Commonwealth paying more and the state governments paying less is misleading – it doesn’t represent the true picture,” AMA President, Dr Omar Khorshid said.

“Let’s be clear – the Commonwealth was not, and is not, the majority funder of hospitals.

“The Commonwealth’s capped funding increases are being eaten up by rising healthcare costs, leaving little funding left over to provide extra services to meet the needs of a growing and ageing population,” he said.

Under the National Health Reform Agreement, the Commonwealth in any given year will only provide up to an extra 6.5 per cent of funding, based on a measure of efficient growth.

“But that extra 6.5 per cent must first cover the increased cost of delivering services each year (represented in the National Efficient Price - NEP) and then what is left over is available for growth in delivering more services to patients.

“Put simply, whatever is left over from the 6.5 per cent after you take out the increasing costs of healthcare each year is what is left to allow our hospitals to meet community demand and actually care for more patients – be they ramped, in the ED, or on a waiting list for essential surgery.

“But for 2022-23, the growth in the NEP jumped to 4.1 per cent. Essentially, this 4.1 per cent is straight away taken out of the available 6.5 per cent growth in funding from the Commonwealth. You don’t have to be a genius to see this squeezes the left-over Commonwealth funding on the table to deliver extra services needed to meet the healthcare needs of the community and Clear the Hospital Logjam.

“And we desperately need those extra services. We have a growing and ageing population with more complex needs, and we have hospitals around the country who are struggling to meet the demand. A few per cent extra isn’t going to cut it.

“We’ve seen the latest inflation rate. We can all guess at what is going to happen next to the cost of delivering healthcare – all the Commonwealth funding increases could soon be swallowed by increasing costs, and they will be putting very little to nothing into delivering more services to our growing population.

"The funding mechanism is so obscure the public does not understand it, but they will certainly feel it when they try to visit a hospital. As hospital care gets more expensive, the Commonwealth will give less and less additional funding for new services, which is why we are calling for the 6.5 per cent cap to be scrapped.” Dr Khorshid said.

“But what isn’t counted is when, like now, you need additional funds to improve performance, or expand capacity beyond what your infrastructure can handle now.

“We need both, but the Commonwealth’s minority funding share only covers activity. If you need to build more beds to free up the ED, stop ambulances ramping or clear waiting lists – state and territory governments must, for the most part, fund that expansion.

“That’s why the AMA is calling for 50-50 funding – to free up some funds for the states to build the extra beds, employ the extra staff and fix our hospital crisis.

“The final falsehood offered was that the Commonwealth can’t increase funding to remove the cap and move to 50-50 funding, because the states would simply reduce their own funding.

“This is not true. We’ve heard from Premier after Premier, State Health Minister after State Health Minster, that this is not what would happen if a new agreement was struck. They have committed to increasing the overall funding to help fix our hospitals.

“In fact, the only two political leaders not in agreement now are the Prime Minister and the Opposition Leader. There’s two weeks left of the election campaign where doctors and patients can only hope this will change,” Dr Khorshid said.

Note: while these figures likely account for the temporary move to 50-50 funding in response to the COVID-19 pandemic, they do not include any one off COVID-19 related payments from the Commonwealth that were separate to the National Health Reform Agreement.