AMA President, A/Prof Brian Owler, said today that the latest comprehensive scientific evidence on the serious risks that climate change poses to human health should be a catalyst for the Federal Government to show leadership in reducing greenhouse gas emissions ahead of the United Nations Climate Change Conference in Paris later this year.

A/Prof Owler said that the Australian Academy of Science Report – Climate change challenges to health: Risks and opportunities – is a call to action for all Australian governments to prepare for the major impacts of climate change, which include extreme weather events, the spread of diseases, disrupted supplies of food and water, and threats to livelihoods and security.

A/Prof Owler co-launched the Report with President of the Australian Academy of Science, Professor Andrew Holmes, at Parliament House in Canberra this morning.

“The AMA commends the Academy of Science for producing this Report,” A/Prof Owler said.

“The Report brings together high level research across science, social science, and technology to provide a comprehensive overview that fills the knowledge gap on the impacts of climate change on human health.

“The health effects of climate change include increased heat-related illness and deaths, increased food and water borne diseases, and changing patterns of diseases.

“In addition to their impact on health infrastructure and services, extreme events such as droughts, flooding, and storms could be responsible for death and disease.

“The Report’s recommendations will assist all our governments prepare for the inevitable health and social effects of climate change and extreme weather events, and must be a key reference for the Federal Government in the development of the action plan it takes to the Paris Climate Change Conference.

“The Paris Conference objective is to achieve a legally binding and universal agreement on climate from all nations of the world, and the AMA believes Australia should be showing leadership in addressing climate change and the effects it is having, and will have, on human health.”

A/Prof Owler said it is the AMA’s view that climate change is a significant worldwide threat to human health that requires urgent action.

“We recognise that human activity has contributed to climate change,” A/Prof Owler said.

“Climate change will dramatically alter the patterns and rate of spread of diseases, rainfall distribution, availability of drinking water, and drought.

“In Australia, we are already experiencing weather extremes with prolonged drought and bushfires in some areas and severe storms and floods in others.

“There are predictions of longer term effects such as rises in sea levels, increases in sea surface temperature, coastal erosion and contamination of estuaries.

“International research shows that the incidence of conditions such as malaria, diarrhoea, and cardio-respiratory problems is likely to rise.

“The Academy recommends that Australia establish a National Centre of Disease Control to provide a national and coordinated approach to Australia’s response to climate change.

“Such a Centre would prioritise research and data collection to better evaluate and anticipate where the burden of disease from climate change would have the greatest effect, and be able to respond accordingly.

“Doctors and other health workers need to be informed by sound up-to-date data. For example, we need to know when a disease that is traditionally found in tropical regions has moved south.

“This will allow health authorities to plan and allocate health personnel and services to deal with changing patterns of disease.

“Changing weather patterns and the devastating effects of extreme weather events usually affect the vulnerable, including the elderly and people with limited mobility, the hardest.

“The Academy of Science Report provides the evidence and the recommendations for action and planning.

“Doctors and other health professionals can play an active and leading role in educating the public about the health issues associated with climate change,” A/Prof Owler said.

The Australian Academy of Science Report – Climate change challenges to health: Risks and opportunities is herehttps://www.science.org.au/sites/default/files/user-content/documents/think-tank-recommendations.pdf

The AMA released a Position Statement on Climate Change and Health in 2004, which was updated in 2008, and can be found athttps://ama.com.au/position-statement/climate-change-and-human-health-2004-revised-2008

The AMA is currently updating this Position Statement.

The World Medical Association (WMA) 2011 Durban Declaration on approved a new Declaration on Climate and Health is athttp://www.wma.net/en/20activities/30publichealth/30healthenvironment/Durban_Declaration_on_Climate_and_Health_Final.pdf

A video message on climate change and health from A/Prof Owler is here https://docs.google.com/a/ama.com.au/file/d/0B2MDuYDSoCyJM0VMZDcyTUJ2clk/edit 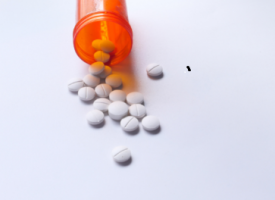 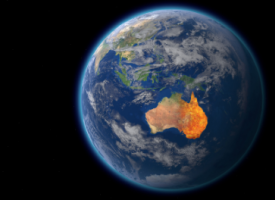 News
Burden of disease to rise along with temperatures 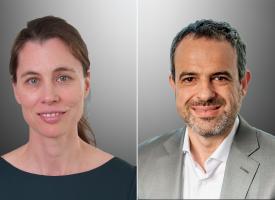 News
Planet, health and hope – theme for upcoming conference
Back to top