Medical student recognised for commitment to combining culture and care 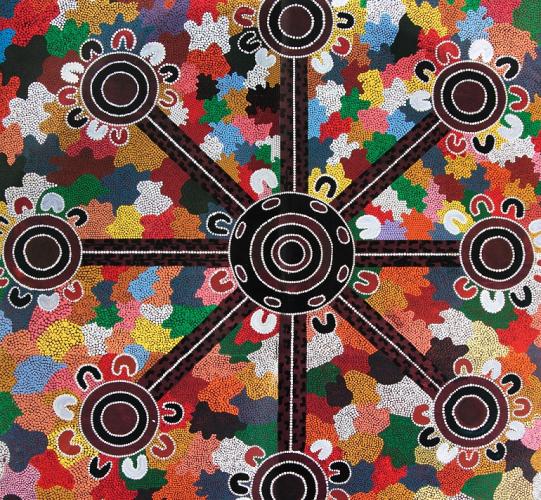 Lloyd Diggins, now in his third year as a medical student at the University of Notre Dame Australia, is currently working in Kununurra as part of the Rural Clinical School of Western Australia.

He plans to become a GP with subspecialty training in palliative care and dialysis, two key needs in rural and remote communities.

Mr Diggins, 29, is a Wongi Aboriginal man who grew up on Whadjuk and Wardandi Noongar countries in Western Australia.

Working as a hospital physiotherapist in Perth, Mr Diggins saw firsthand the over-representation of Aboriginal people in the healthcare system. However, he was discouraged by senior staff from combining his culture with his work, and became frustrated by racist experiences.

His sister, a nurse, encouraged him to move to Darwin, where she was providing culturally safe healthcare and was enjoying living within and caring for a larger Aboriginal population.

He was offered the opportunity to develop the allied health service at Gove District Hospital in East Arnhem Land, and discovered that while the area needed a full-time dietitian and physiotherapist, it also needed another GP.

“I had fallen in love with the Yolngu people and the Gove region, and I thought that if I was going to live in Arnhem Land for the rest of my career, I ought to ‘duck into town’ and pick up a degree that would let me provide the type of help that the local people needed,” Mr Diggins said.

Since commencing his medical studies, Mr Diggins has continued to work for WA Country Health Service alongside his immediate and extended family.

“I have seen how a lack of palliative care in rural and remote areas is devastating to Aboriginal people, who are dying away from their country and their families,” Mr Diggins said.

“I have seen how young people are growing up without their parents because dialysis isn’t accessible to Aboriginal people in rural areas.

“I have seen the importance of an Aboriginal medical workforce, where my improved confidence in combining my culture with my healthcare provision has reduced other staff’s racism, and improved Aboriginal people’s confidence and engagement in healthcare.”

AMA President, Dr Omar Khorshid presented Mr Diggins with the award in Perth today, and said he is a deserving recipient of the $10,000-a-year Scholarship.

“Lloyd’s referees for this Scholarship describe him as an exceptional young man with a real gift for making those around him feel listened to and valued,” Dr Khorshid said.

“He has been paying his way through medical school by continuing to work shifts at hospitals as a physiotherapist.

“On one of those shifts in a major trauma unit, he has been credited as most likely saving the life of an Indigenous woman with a lacerated spleen, who became agitated and wanted to leave hospital despite being at risk of internal bleeding.

“Lloyd came to the aid of the nursing staff and was able to gently talk her back to a calm state.

“This shows the unique ability of Aboriginal and Torres Strait Islander doctors to align their cultures with their clinical roles, which is vital to achieving better health outcomes.

“At the end of 2019, there were just over 600 Indigenous doctors in the medical workforce, which is about 0.5 per cent of the workforce. This is a slight improvement on previous years, but to reach population parity of 3 per cent, the number should be closer to 3600.

“At the start of this year, 404 Aboriginal and Torres Strait Islander medical students were enrolled in universities across Australia, accounting for 2.7 per cent of domestic medical students.

“Closing the disgraceful gap in life expectancy and health outcomes between Indigenous and non-Indigenous Australians requires real action from all levels of Government, the private and corporate sectors, and all segments of our community.

“This Scholarship is a tangible step towards growing the Indigenous health workforce, and closing the gap.”

Applications for the 2021 Scholarship are open until 31 January 2021. Applicants must be currently enrolled at an Australian medical school, have successfully completed their first year of medicine, and be of Aboriginal and/or Torres Strait Islander background.

Further information and the application form can be found here.

The AMA Indigenous Medical Scholarship was established in 1994 with a contribution from the Commonwealth Government. Donations are tax-deductible and can be made online here.