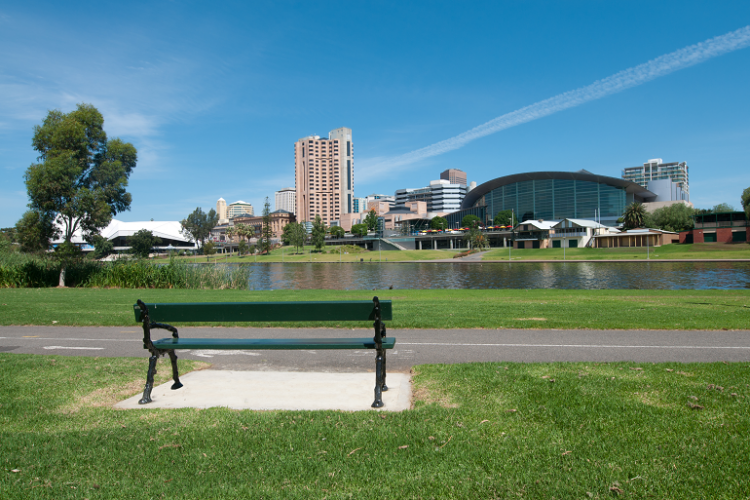 LISA MILLAR: A Productivity Commission report has found that anxiety, depression and drug and alcohol abuse are costing Australia $220 billion a year.

PAUL KENNEDY: So, what can be done to tackle what many are calling the hidden pandemic? Now, we have Chris Moy standing by, the Vice President of the Australian Medical Association, to ask him about that.

But Chris, I wanted to start, you are in South Australia, can I ask you firstly about this cluster in the northern suburbs? And how are you feeling about the State's capabilities to contain this, with contact tracing and also other processes?

CHRIS MOY: Look, obviously, we're extremely concerned. It's come out of the blue, and it's a reminder, yet again, that this condition is infectious. The AMA has been saying: don't get complacent. But look, so far, reasonably good news, and the efforts have been really very good, in terms of the contact tracing side of things and the very rapid increase in testing that occurred yesterday, although there were still extremely long lines, which probably brings to the point that South Australians have really got out there and taken the message that we need to get tested. Today is going to be critical to actually determine whether this is something very limited, or whether the horse has bolted, and we need to make bigger decisions.

PAUL KENNEDY: And just briefly, keeping Victoria's second wave in mind – and we're not saying that that’s going to be anywhere near that - but are you satisfied with the protection that health workers have?

CHRIS MOY: Look, my understanding is, with regards to hotel quarantine for example, it's been reasonably good and there's been a good tick in terms of the hotel quarantine. In terms of health worker protection, the AMA’s been out there saying that, particularly from a federal level, the advice should be much higher in terms of PPE protection, and we'll continue to bang on with that. Although, SA has been somewhat ahead of the federal advice so far, so that's reassuring.

PAUL KENNEDY: Okay, just talking about mental health now, and I guess some people are calling it the hidden pandemic. But it's broader than just this 2020 year that we've had, isn’t it, mental health in this country?

CHRIS MOY: Look, you gave in monetary terms the effect, and I see every day the effects on people, and it’s not just the individual, but the family. So, we welcome this report. What it has recognised is that we haven't been funding mental health care to anywhere near the degree that we need to. We’ve not been training enough psychiatrists, we haven't been focusing on the things that matter, also the background, things like having employment and housing as critical aspects.

And there was a major acknowledgement that general practice, which is where I work, is really the centrepiece in terms of protections. We are concerned about some of the recommendations from the report about that.

PAUL KENNEDY: Yeah, which ones concern you the most?

CHRIS MOY: Well, they recognise that the vast majority of mental health care is actually done by general practitioners – something in the order of about five million consultations a year, or about one in every five Australians are going to have a mental health consultation with a GP every year. And the satisfaction levels were incredibly high, greater than 80 per cent, but at the same time the Commission has come out and said, look, no, probably take the funding away from there.

I think there is, to some degree in Australia, a little bit of an over-focus on wonder models out there. I think focusing on back-to-basics and realising general practice, particularly if we're supported by a team such as psychologists, mental health workers, social workers, can really do a lot to do that prevention, but also to provide that ongoing care of individuals and families, because we know our patients. We would like to have seen the Productivity Commission really focus on that, instead of suggesting that we'll take the money away and spend it on something as yet to be determined.

PAUL KENNEDY: When I hear reports about mental health, it seems to me that it's heavily swayed on treatment and not prevention. Would you like to see more money spent in different parts of the community to prevent people getting into a situation where they suffer anxiety and stress, like child protection and those areas that we know give people a really poor start to life?

CHRIS MOY: Very much so. Because unfortunately, it is a bit of a domino effect. When you see individuals developing psychiatric conditions early on, especially if they don't get help, they can often fall into other areas which can be counterproductive. I'll give you an example; they may have trouble at school, which will cause further problems, or the common one is drug use. Getting into drugs to solve mental health problems is a really dead end, unfortunately, for many people, because it just exacerbates a problem and creates other major problem.

So, they're examples that I see every day where people have ended up in these corners, and it's much, much harder to bring people back from those dead ends. So, it's where we have to do that really hard work, rather than doing the work early on so they don't get to that situation.

PAUL KENNEDY: Chris Moy, good to talk to you about this this morning. We should have further discussions as we know more about different programs being offered. Thank you.