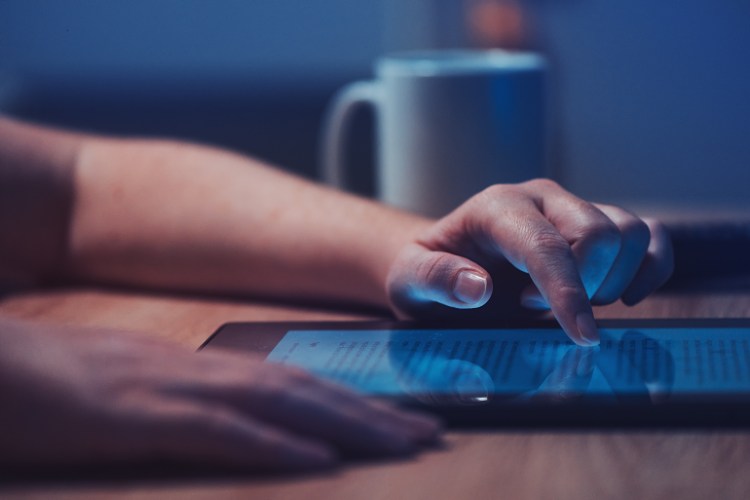 ALI MOORE: How much do you worry about misinformation, particularly as Australia prepares to roll-out its vaccination program? Dr Chris Moy is the Vice President of the AMA, the Australian Medical Association. Dr Moy, good morning.

CHRIS MOY: We are worried, and we're also disappointed if our political leaders cannot stand up very clearly for upholding of science and fact. Because as one of the doctors who's actually worked very hard to try and guide the community, and also all amongst my colleagues have worked so hard to protect Australia, to have any doubt about that and any feeling like there is actually some question mark about the basis on which decision making has happened, which has kept Australia in an incredibly good position, is disappointing.

And frankly, it worries me, in terms of the fact that it does feel- all I could feel like when people are saying things like that is feeling like the incitement that happened last week in Congress, where people have been incited with half truths and lies, frankly, to act in ways which are attacking the foundations of democracy. But the same thing can happen very easily with the foundations of health, which have served us so well over a long period of time.

ALI MOORE: At the same time, I guess, we don't know everything about COVID-19; it is a changing and constantly morphing situation. Against that background, are facts sometimes contentious, as Michael McCormack would have it, if indeed facts can be contentious?

CHRIS MOY: If you can debate it on scientific method, and the issue that has been interesting is I think there has been quite a misunderstanding about scientific method, which is really that you have hypothesis, the theory that's out there. And then the idea is that science is very rigorous, and the idea is that scientists are very hard on themselves. They question what's going on, they question this hypothesis. And if it holds up, that is what is deemed scientific fact.

The problem with what happens in media and social media sometimes, where people who have no basis in this get away with half-truths, casual lies, frankly, which sometimes seem relatively plausible. They're often sexy, they're often very easy to fit into the whole “I want to be a rebel” mentality we all like to have. The worry about that is that they actually corrupt the basis of our community - as they have corrupted democracy in America to a great degree. And we have to be extremely careful about that, because the wedge of that starting erosion of that at the very base of it; it can lead to things toppling down very quickly.

CHRIS MOY: At the moment, particularly overseas, the stats are something of the order of about 20 per cent of people have significant vaccine opposition or some concerns about the vaccine, mainly because they're getting information which is clearly, clearly wrong, and has often been based on past information about vaccines, which has been completely shown to be fraudulent and based on the whims of people who want to become famous.

Just to give an example, I've had people who've been sucked in by stuff on the internet. If they've got cancer, for example, and I've suggested a particular treatment, they've been emboldened by the fact that they've read something on the internet which says they can go have this other therapy, which has no basis in scientific fact, had that treatment, and it's led to them dying later because of the fact that they haven't actually had the treatment that they should have or the surgery, for example, that they should have.

Now, in vaccination it's even worse, because they put themselves at risk. But the bigger problem for us, as a community, is that we need to vaccinate a large portion of the community because we need to protect as many as we can. And if there is as such a thing as herd immunity, which is still questioned at the moment, and from a scientific and this is the question we are having from a scientific point of view, that that herd immunity can protect the whole community and protect other people. Because the failure of one person to obtain treatment based on misinformation could have impacts on those around them and people that they don't know, and the other people will be paying the price.

ALI MOORE: In the context of this debate about facts and misinformation, Dr Moy, we had a number of immunologists this morning call for the pausing of the planned roll-out of the AstraZeneca vaccine. And I should add, not one of them is suggesting that it's not safe. It's more a question of efficacy. What are your thoughts on that, particularly given that we haven't even started our vaccination program yet?

CHRIS MOY: And that's exactly the point. We haven't actually started yet. And look, at the moment, it has been suggested that the Pfizer vaccine first, and then going onto the AstraZeneca. And the thing about it is that, the first thing to keep in mind is there's actually been no vaccine actually approved in Australia as yet, because we're going through the normal, strong regulatory of safety checks unlike every other country. So, we're going to make sure that we've got all the data, the numbers before the decisions are finally made. So, that's really important to keep in mind.

The second thing is that there is no uncertainty that these vaccines appear very effective from the point of view of stopping people getting sick. The numbers of 95 per cent means that it's 90 per cent likely you're not going to get sick, and that's the Pfizer vaccine. And the question at the moment is the AstraZeneca; their numbers are somewhere in order of 70 to 80 per cent likely that you won't get sick. But hopefully, it'll protect you from getting very sick.

Now, the first thing to keep in mind is we're very, very lucky to have these vaccines. We didn't think we could have any vaccines at all. And to put in comparison to the flu vaccine, the flu vaccine is about 45 per cent effective. So, they're actually far more effective than the …

ALI MOORE: [Talks over] That gives it real context, doesn't it?

CHRIS MOY: Yeah. But the other thing to keep in mind is that the uncertainties about other things - how long the vaccines last, and about, for example, whether they actually stop transmission, whether they've stopped you actually catching the infection - so, you might still have the infection, but you won't get sick and whether you pass it on - those uncertainties are important because we don't know about them. And some of these assumptions are based on that, you know, whether they're going stop us creating herd immunity.

The other issue is the fact that the problem- the logistics of the Pfizer vaccine is it must be kept at -70. And what was being found, I think, it's very hard to get it out there, vaccinate a large proportion of the population.

So in America, they've only managed to vaccinate six million out of 21 million vaccines out there so far because it's so hard. Whereas with the AstraZeneca can be -we can use normal fridges at normal fridge temperatures.

So that- so, it may be in fact - and this is the question we are having and the AMA's having a meeting with the department to ask all these questions on Friday - that, you know, a lot of these questions- the thing is, is it may be better to go and vaccinate a large portion, even though the numbers may be a little bit less. So, you know …

ALI MOORE: [Talks over] So, it might be slightly less effective, but if you can get a larger proportion of people it balances it out - is that the argument?

CHRIS MOY: Well, that's the question that's out there. Now, look, I'm not going to say that I'm an expert in this area - I have spoken to vaccinologists about this, because these are exactly the questions we will be asking on Friday to clarify these questions. Because we want to have the science in front of us and the numbers, and see what decisions and why they're being made, based on scientific fact, which is under that idea that they have to be questioned at all times, as distinct from things that people pull out on social media, which they just feel like saying and people don't question them.

ALI MOORE: Well, I'll be fascinated to see what answers you get, Dr Moy. Because, of course, we do have to remember that we don't have any vaccine approved yet, although approval is close. And around any approval, I'm sure, that we'll get a lot more detail. Thank you very much for joining us.

ALI MOORE: Dr Chris Moy there, the Vice President of the AMA.