The AMA is warning of a possible ‘perfect storm’ in Australia’s public hospital system as Commonwealth funding shrinks, performance benchmarks are not being met, and prices for hospital services under activity-based funding decline.

Releasing the AMA Public Hospital Report Card 2015 in Sydney today, AMA President, A/Prof Brian Owler, said that, despite some small improvements, the public hospital system is not meeting the clinical demands being placed on it, and the situation will only get worse as real Commonwealth funding reduces dramatically in coming years.

A/Prof Owler said that the bleak outlook for public hospitals must be a priority for discussion at tomorrow’s COAG meeting in Canberra and Health Ministers meeting in Sydney, and the Federal Government should be looking at restoring public hospital funding in the May Budget.

“The States and Territories are facing a huge ‘black hole’ in public hospital funding after a succession of Commonwealth cuts,” A/Prof Owler said.

“The Federal Government cut $1.8 billion in May in the 2014-15 Budget by ceasing funding guarantees under the National Health Reform Agreement.

“There was a further $941 million funding reduction to the States in the Mid-Year Economic and Fiscal Outlook (MYEFO) in December.

“On top of this, the Government scrapped the National Partnership Agreement funding to the States, which rewarded performance in meeting waiting time targets for emergency departments and elective surgery.

“The enormity of the ongoing cuts was starkly highlighted when the Treasury advised the Senate Economics Committee that Commonwealth funding for public hospitals from 2017-18 to 2024-25 would be reduced by $57 billion.

“Public hospital funding will be the biggest single challenge facing State and Territory finances for the foreseeable future.

“The hospital funding blame game is back, and bigger than ever. Public hospitals and their staff will be placed under enormous stress and pressure, and patients will be forced to wait longer for their treatment and care,” A/Prof Owler said.

The AMA Report Card shows only marginal improvement in public hospital performance against the performance benchmarks set by all Governments, with no State or Territory meeting the target of 80 per cent of emergency department Category 3 urgent patients being seen within clinically recommended triage times.

A/Prof Owler said that public hospitals must have the capacity to provide treatment efficiently and effectively to people needing acute care.

“Unfortunately, instead of putting the public hospital sector on a sustainable footing for the future, the Federal Government has retreated from its responsibilities in regards to public hospital funding arrangements with the States,” A/Prof Owler said.

“Rather than funding the necessary hospital capacity, the Commonwealth has withdrawn from its commitment to sustainable public hospital funding and its responsibility to meet an equal share of growth in public hospital costs.

“Funding is clearly inadequate to achieve the capacity needed to meet the demands being placed on public hospitals.

“A perfect storm is building ahead of new Commonwealth public hospital funding arrangements based on indexation and population growth, which will take effect from 2017-18.

“These new arrangements will be imposed on a system already struggling with insufficient capacity, a system that is under-performing against key benchmarks, a system with inadequate and reducing Commonwealth funding, and a system with a reduced price for hospital activity.

“This will lock in a totally inadequate base from which to index future funding for public hospitals.

“State and Territory Governments, many of which are already under enormous economic pressures, will be left with much greater responsibility for funding public hospital services.

“Performance against benchmarks will worsen and patients will suffer. Waiting lists will blow out.

“It is vital that all governments come together to produce an agreed plan to fund public hospitals to sufficient capacity to meet growing demand.

“The Federal Government should also be using the Federation White Paper to address the public hospital funding crisis.”

“Compared with OECD countries, Australia’s expenditure on health is sustainable. In 2012-13, Australia had the lowest growth (1.5 per cent) in total health expenditure since the Government began reporting it in the mid-1980s.

“Without any specific Government measures, there was negative growth (minus 2.2 per cent) in Commonwealth funding of public hospitals in 2012-13, and only 1.9 per cent growth in 2011-12.

“Australia’s expenditure on health has been stable as a share of GDP, growing only one per cent over the last 10 years.”

Key findings of the AMA Public Hospital Report Card 2015 include: 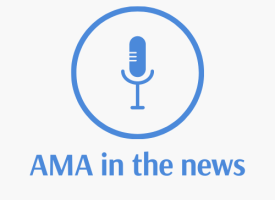 News
AMA in the news 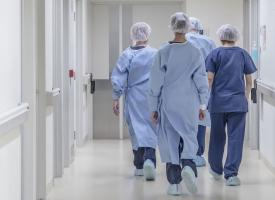