The AMA has joined the Rethink Sugary Drink alliance – a partnership between 19 other health and community organisations who all share the united goal of reducing the consumption of sugary drinks in Australia.

AMA President Dr Omar Khorshid said the AMA welcomed being part of the Rethink alliance, saying there was strength in working together to reduce the harm done to Australians from excessive sugar in drinks.

“The AMA launched its #SicklySweet campaign earlier this year, which is creating awareness through social and mainstream media of the harm done by sugary drinks.

“The AMA stands with the Australian Dental Association, Cancer Council and the 17 other health and community organisations which form the Rethink Sugary Drink Alliance in their call for a levy on sugary drinks.

“This would reduce consumption of these drinks by 31 per cent by 2025-26, and result in government revenue of $2.8 billion across the four years which could be used for further preventative health activities.

Introducing a levy or tax on sugary drinks sends a clear signal to people that the product is unhealthy and will also reduce consumption through higher prices.

“Surveys have consistently shown majority of Australians are supportive of a levy on sugary drinks, and support grows even further if the levy funds initiatives to tackle obesity,” Dr Khorshid said.

Craig Sinclair, Head of Prevention at Cancer Council Victoria, a Rethink Sugary Drink partner welcomed the introduction of the AMA to the alliance.

“Rethink Sugary Drink is a partnership of public health organisations who are passionate about improving the health of Australians by reducing the harm caused by sugary drink consumption – we’re thrilled to have the AMA on board.

“Sugary drinks are a leading source of added sugar in Australian diets, and the Australian beverage industry is spending millions every year and using sophisticated techniques to continue enticing people to buy these sugar-laden products.

“To turn this around, we need action at all levels to raise awareness of the excessive sugar content in these drinks and to enact policy changes that will support people to reduce their consumption. A levy on sugar-sweetened beverages is something we know can be effective in reducing consumption of these drinks and is something that we’ve been calling for, for a long time. As a key advocate for this levy, we’re excited to be joining forces with the AMA to strengthen this call,” Craig Sinclair said.

“Sugary drinks are bad for our health, there’s no doubt about it. Whether you’re in dentistry or medicine, we’ve all seen the impact these drinks and their excessive sugar content can have on our bodies – it really is an urgent issue.

“It’s great to see leading public health organisations from every field standing up to reduce the impact these sugary drinks are having on the health of Australians. Although we come from different fields, we all have the same goal – a healthier Australia,” Dr. Chinotti said. 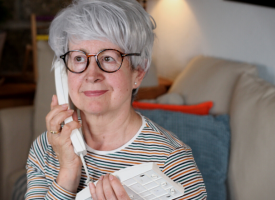 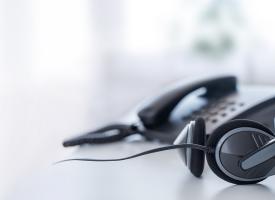 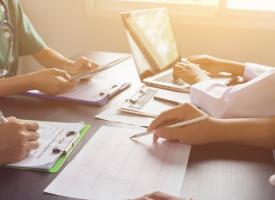