Dr Omar Khorshid personally presented his concerns about insurers intruding on decisions best left with doctors and their patients to ACCC at a pre-decision conference.

Following AMA’s further submission to the ACCC calling on it to abandon its draft authorisation to allow Honeysuckle Health (joint owned by Cigna) and nib to form a buying group to collectively negotiate and manage contracts with healthcare providers, President Dr Omar Khorshid presented the AMA’s views personally to the ACCC’s pre-decision conference held on 8 July 2021.

Dr Khorshid took this opportunity to point out that:

More than 200 submissions have been lodged in relation to the draft Authorisation. The vast majority of these submissions (including the AMA’s) oppose the proposed deal.

Nib and Cigna have argued that the many doctors and health groups that have lodged objections are just focused on their own hip pocket. The AMA knows that the reality is that our members have a genuine concern about the introduction of managed care into the Australian landscape.

Nib and Cigna have argued that the proposed buying group does not support a managed care approach because patients are still theoretically free to see non-contracted doctors. However even the ACCC has acknowledged that, “the ability for major insurers to join the Broad Clinical Partners Program is likely to reduce or remove their incentive to continue or develop their own competing programs offering a no gap experience.”

Honeysuckle Health said it was committed to clinical autonomy, whereas Dr Khorshid argued that in the real world, insurers were increasingly intruding on decisions best left with doctors and their patients.

The AMA believes it’s hard to take them at their word when, as even the ACCC concedes in its draft decision, that, “there is no specific regulatory oversight or limitation on how parties contract with each other in the medical supply chain, and any such limitation (for example, to prevent value-based contracting) would be a matter for Government, through the Commonwealth Department of Health, to determine”. 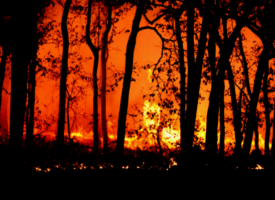